What is a TIC and is Owning One Risky?

Everything you need to know about TIC ownership

Tenancies-in-common, also called tenants-in-common or TICs, have been a popular housing option in San Francisco and are recently on the rise in Los Angeles – but they can prove befuddling to the uninitiated.

In simplest terms, it’s a group of people pooling their resources to buy a multiple-unit building.

“The number one reason to buy a TIC is affordability,” writes Los Angeles Compass agent Lauren Biedenharn. “Entry level pricing in LA is $500K- 600K right now. TICs typically sell for 10 to 20 percent less than comparable entry level condos in the market, so if you have been priced out of the market, TICs offer you a way to get in. I see TICs in the $400K to 500K price range. How can you use this affordability to your advantage? TIC homes in Silver Lake and Echo Park are comparable to the price of what you can buy a condo in Koreatown! That means you can use TICs affordability to get access to a better neighborhood also! TIC offers new ownership opportunities for Millennials trying to start a new life or those trying to break into Real Estate market.”

While relatively new to Los Angeles, this phenomenon has been seen in the Bay Area for years.

“TICs are typically bought for partners or for individuals who might not otherwise be able to enter the market,” said Patrick Barber, president of Pacific Union International’s San Francisco region. “The entry price is lower than with a condominium.”

Like condominiums, TICs rely on detailed agreements dictating rules for the building and outlining what owners can and cannot do. But TICs differ significantly from condos in that a group rather than individuals owns the entire property, with each partner having a percentage share.

A written agreement — rather than a deed recorded in county records — describes who gets access to which units, as well as storage and parking spaces and other amenities.

As agent Lauren Biedenharn shares, TICs allow renters to become homeowners due to their relative affordability compared to condos and single family homes. TICs offer an alternative to condos, which have large associations and lots of neighbors, and they offer an excellent investment opportunity if rented for passive income.

Nevertheless, some buyers may be apprehensive to take the plunge and invest in a TIC.

“Buying a TIC is perfectly safe,” Biedenharn said. “Hundreds of TICs are bough and sold each year in Los Angeles, several I have sold myself. San Fran has been utilizing and marketing the TIC lifestyle for years now. Mostly because of the Tech Boom in SF, housing prices have sky-rocked! Enter TICs. Because of the low development cost and shared ownership home buyers can purchase an ownership interest in a TIC Building for a fraction of the cost of traditional forms of real estate.”

Tenants in Common in San Francisco

Factors that have contributed to the rising popularity of TICs in San Francisco include the high price of real estate, the city’s rent-control ordinance, and strict rules governing condominium conversion, said Rosemarie MacGuinness, an attorney specializing in TICs at San Francisco-based Sirkin & Associates.

“The city of San Francisco is interested in keeping a balance between units that can be sold and keeping units for rentals,” MacGuinness said. “They want to maintain a stock of rental apartments. For that reason, they put a cap on the number of units that can be converted to a condo every year.”

Converting TIC to a condo?

TIC owners often buy with the hope of converting their unit to a condominium, thus lowering the financial risk and boosting their home’s value

“Most real estate professionals agree that conversion generally increases a property’s value,” the law firm Goldstein, Gellman, Melbostad, Harris & McSparran LLP said in a report. “Conversion allows co-owners of multi-unit buildings to eliminate many of the risks of co-ownership, and to facilitate sale of individual units, by replacing shared financing with individual mortgages.”

However, the process can be slow and cumbersome for buildings with more than two units.

Three years after buying a building, most TIC owners can submit their names to San Francisco’s annual condo lottery. The city designed the lottery system so that the odds go up each year, but with an increasing number of entrants, some say wait times are on the rise.

In 2012 all units that had been waiting eight years won conversion rights, but next year there will be too many entrants in that category to guarantee a win for each unit, the Goldstein and Gellman report said.

“It’s been a crazy process,” TIC owner Karen Solomon told the San Francisco Chronicle. “When we first bought, everyone said we’d convert within five years. Then they said seven. Now it’s, ‘You’ll get it when you get it.’”

The process is much simpler for two-unit buildings, which in many cases can bypass the lottery.

In the past, some prospective buyers eschewed TICs because of the necessity of securing a group loan, in many cases with strangers. However, once “fractional” loans – individual mortgages for each owner – became available for TICs, many buyers considered the risks much lower.

“Most TICs of three or four units are now (financed) with fractional loans,” MacGuinness said. “That means that if one owner decides not to pay … the lender can only foreclose on that owner’s share.”

Because the loans aren’t conforming and lenders “can’t sell them to somebody else to get them off their books,” terms are limited to three, five, or seven years, he said.

Risks involved in Tenancy in Common

Aside from foreclosure and credit risks associated with group loans, problems can also arise when a single TIC owner falls on tough economic times and is unable to qualify for refinancing in the case of a sale or condo conversion. However, many TIC agreements provide for those potential problems by specifying that an owner who no longer qualifies for refinancing must sell, MacGuinness said.

And while a good TIC agreement will cover most potential problems, conflicts among owners sometimes do arise and make their way to court, said Jeff Woo, a San Francisco property attorney and president of the San Francisco Association of Realtors.

Woo said he recently represented a client in a case in which owners of a TIC building couldn’t agree where to put the garbage cans, resulting in a five-day arbitration and at least $100,000 in attorneys’ fees. Of course, such disputes are relatively rare and can occur in a range of group living situations, he noted.

“There’s a lot of emotion that’s involved when people are arguing about these little petty things that are involved in their lifestyle,” Woo said. “The lesson is: One, read the agreement well. Two, if there are any holes in the agreement or questions about it, whatever answers you get from the co-owners, get them in writing.”

(Photo of San Francisco by Trey Ratcliff, via Flickr.)

The post What is a TIC and is Owning One Risky? first appeared on California Real Estate Blog.

Thanksgiving in Truckee and Lake Tahoe

9 Ways to Get Outside in Carmel This Season

How to Enjoy the Outdoors in SF Peninsula in Every Season

What to Expect From San Francisco Real Estate in 2022

Boost Your Pleasanton Home’s Curb Appeal With These 6 Tips

How to Combat Buyer Fatigue in Your City

The Latest Trends in the Carmel Luxury Real Estate Market

Things to Know Before Buying a Vacation Home in Monterey Peninsula

How to Buy and Sell Properties at the Same Time

What to Expect from Santa Cruz Real Estate This Year

Where to Find the Best Cocktails in Carmel

10 Ways to Give Back to the Santa Cruz Community

This historic Victorian is going places

9 Hikes in Carmel with the Best Views 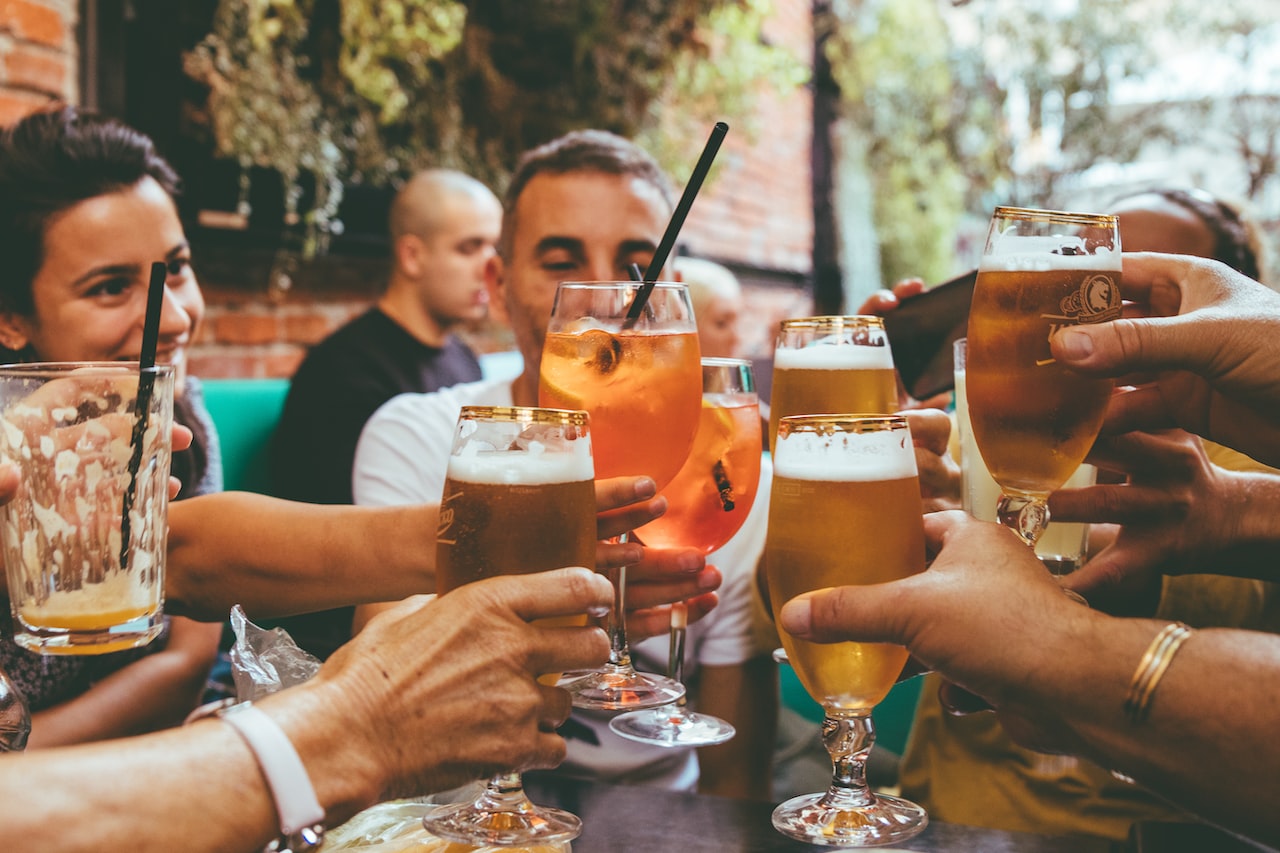 From San Francisco Peninsula to Monterey Peninsula, Which Neighborhood is Right For You?

6 Reasons to Work With a Palo Alto Real Estate Agent

What is a TIC and is Owning One Risky?

Dedicated to you. Contact us to start your home searching journey!